An animation project for screens located in Shopping Malls in Santiago, Chile.

First, we developed the characters and general style for Paris, then Samsung asked us to create their own version including Samsung products.

It started as one 1:30 video (10 by 3 meters screen) in a unique  12:3 format, once the project was ready, client asked for 16:9 version and cardboard printed characters to be used inside the stores.

A great solution for an unusual problem.

Client searching for content to be exhibited in two vertical screens format inside their stores.

Problem: they only had some photographs of the model over real backgrounds.

Proposal was to insert those images into 3D environments creating a vertical endless loop, simulating an elevator like movement.

Total success. Still screening in Paris Stores all over Chile. 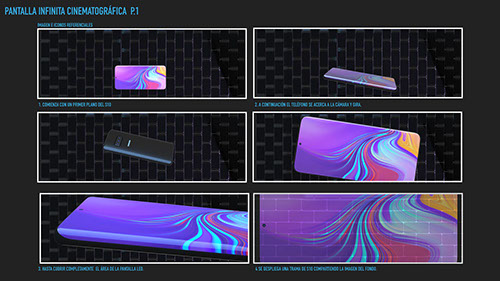